Sony is a market leader in the mirrorless camera market, producing some of the best mirrorless cameras available. Zoom lenses are adaptable and helpful for a broad range of applications; match one with your Sony mirrorless body and you’ve got a winning combination!

So, in 2022, here’s our list of the greatest standard zoom lenses for the Sony a7c mirrorless cameras that you can buy. 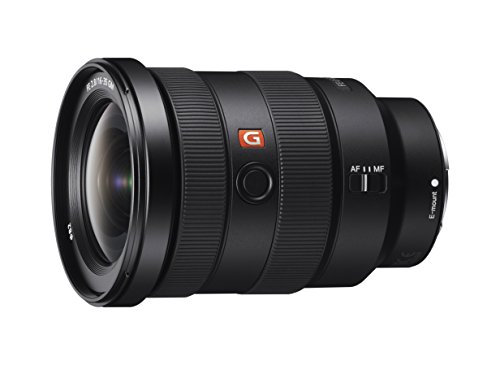 Top of the list is the Sony FE 16-35mm GM which is considered one of the finest standard zoom lenses for the Sony a7C and it is the one and only lens you’ll want to use all the time if you’re a street or journalistic photographer, and it’s also great for architecture and landscape photography.

There are 16 components in all, divided into 13 groups. When working in bright outdoor situations, Sony’s Nano AR coating enables improved control of ghosting and flare, as well as greater color saturation and contrast.

A fluorine coating has been applied to the front of the lens, ensuring that it repels dirt, dust, and fingerprints, all of which can degrade the clarity of your photographs. The 11 diaphragm blades are rounded, promising excellent bokeh. 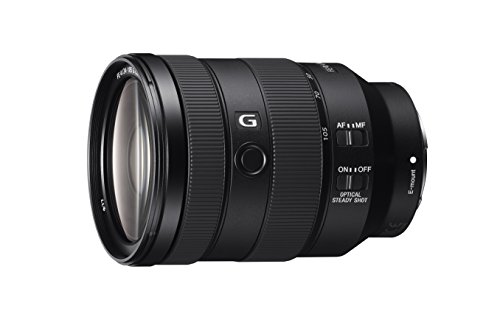 If you want to keep things easy and don’t want to bring many lenses with you every time you want to snapshots, the Sony FE 24-105mm f/4 G OSS lens is one choice you may never want to take off your camera.

This is a general-purpose lens with a focal range ranging from 24mm wide-angle to 105mm medium telephoto. It also boasts built-in picture stabilization for better clarity while handholding.

The lens has four aspherical elements and three ED elements in its manufacture. In addition, Sony has applied a Nano AR coating to the lens to minimize flare and ghosting from degrading image quality. The lens also has some dust and moisture resistance, allowing you to use it in somewhat inclement conditions, however, it is not totally weather-proof.

The autofocus system is driven by Sony’s Direct Drive Super-Sonic Wave Motor, while picture stabilization is provided by Optical SteadyShot. The technique works in unison with select Sony cameras’ built-in body-based image stabilization mechanism. For high-quality background bokeh, the aperture diaphragm is made up of nine rounded blades. 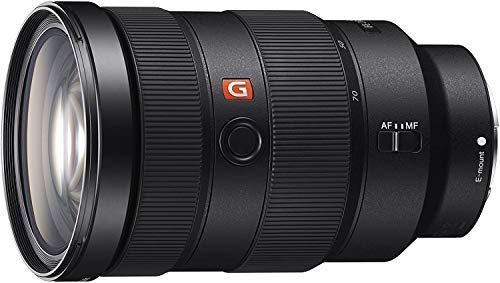 The initials “GM” stand for “G Master,” and indicate that this lens belongs to Sony’s premium lens line. We chose the Sony FE 24-70mm f/2.8 GM from among the several 24-70mm standard zoom lenses Sony manufactures for mirrorless cameras because it is the best.

For starters, it has a good build quality and can withstand harsh circumstances, making it a top zoom lens for Sony mirrorless cameras (albeit it lacks weather sealing).

The FE 24-70mm f/2.8 GM has the best focal length range of any lens. Landscapes, portraits, group photos, and those ephemeral everyday moments are all possible with a 24-70mm lens. The wide f/2.8 maximum aperture means that you can catch a good amount of light no matter how bright the surroundings are.

One XA element and two aspherical elements make up the lens’ structure. One ED element and one super ED element are also included. As a result, the lens generates superior bokeh and reduces chromatic and other aberrations, as well as provides a Nano AR coating.

A Direct Drive Super-Sonic Wave AF Motor is used for autofocusing. The lens focuses internally when it comes to focusing. On the lens, there’s also a focus-hold button, which comes in useful when you need to recompose for off-center compositions. Finally, a diaphragm with nine blades guarantees beautiful bokeh. 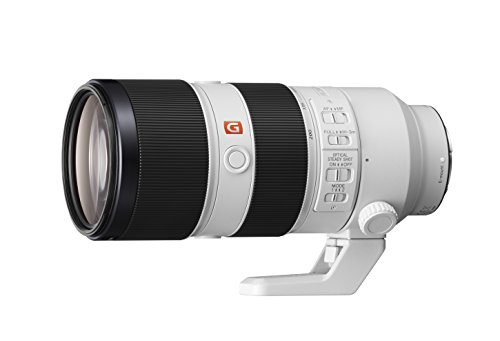 If you enjoy a closer telephoto viewpoint for portraits, landscapes, and more, the Sony FE 70-200mm f/2.8 GM OSS is an excellent lens.

Sony’s Dual Linear & SuperSonic Wave AF Motor is in charge of autofocusing. A specific focus range delimiter button is also included on the lens, which comes in helpful when shooting things with low contrast or at a predetermined distance. There’s also a focus hold button.

Because this is a GM (G Master) lens, the construction quality is excellent (the lens is dust and moisture-resistant, but not weather-sealed). 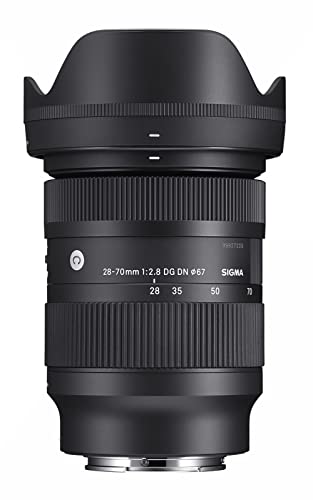 The Sigma 28-70mm f/2.8 DG DN Contemporary is an excellent choice if you’re seeking a great lens at a reasonable price. While the focal length range is similar to that of the 24-70mm lens mentioned above, this lens is substantially smaller (nearly pocket size!) and weighs significantly less!

The lens is dust and splash-resistant, and it has a nano-porous layer that helps keep the lens temperature neutral under extreme conditions. The glass itself has a water and grease-resistant coating that helps keep the front element clean no matter what you throw at it.

Because this lens connects with Sony’s autofocus technology so well, focusing is a breeze. Those who prefer manual focus may quickly switch to manual mode by pressing the focus switch and spinning the extremely tactile focus ring to lock sharpness. 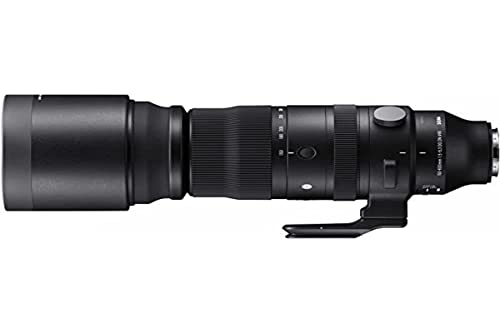 The new Sigma 150-600mm f/5-6.3 DG DN OS Sport is a fantastic standard zoom lens for Sony a7C – and it’s light enough to carry on treks without feeling weighed down.

Even if you’re looking for a shallow depth of field effect, the variable aperture (f/5-6.3 depending on how much you’ve zoomed) shouldn’t be an issue for wildlife photography.

Optical stabilization of up to four stops is included in the lens, allowing you to shoot at slower shutter speeds than you may think. Sony’s numerous AF functions, such as eye recognition and animal tracking, are compatible with the focus. There’s also a zoom torque switch that lets you control how tight the zoom ring is (so you don’t magnify the lens when you don’t mean to). 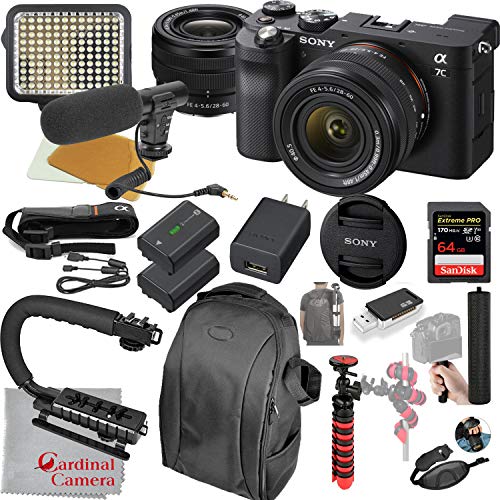 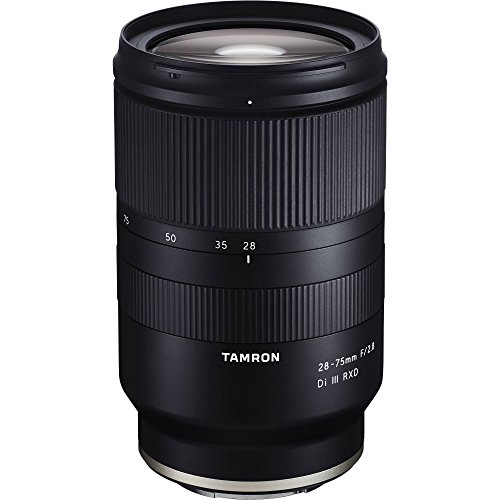 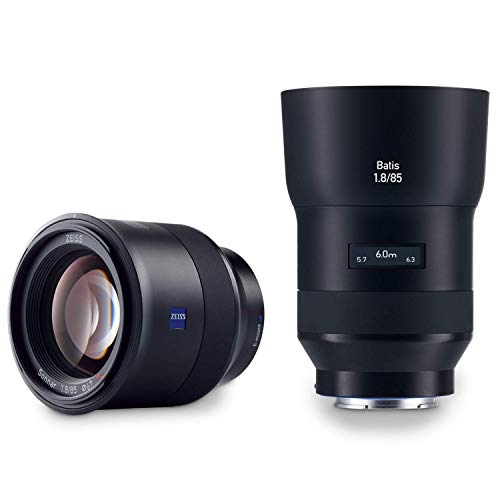 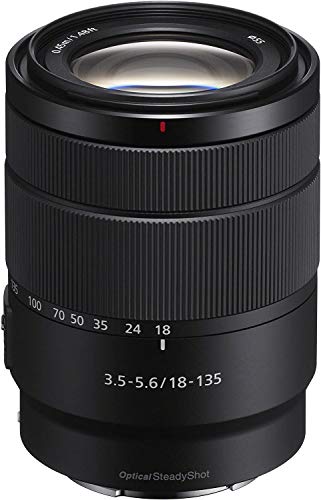 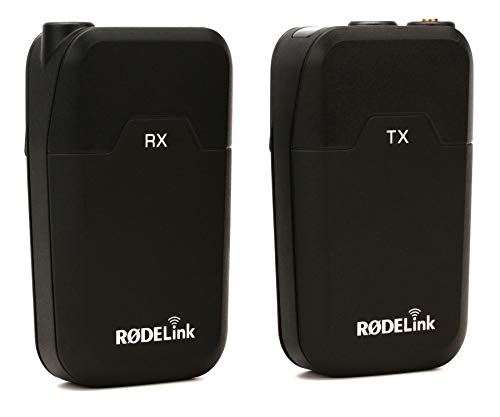 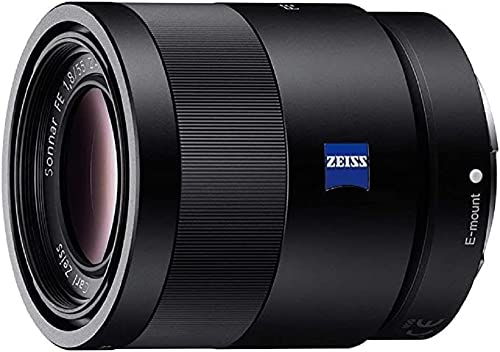 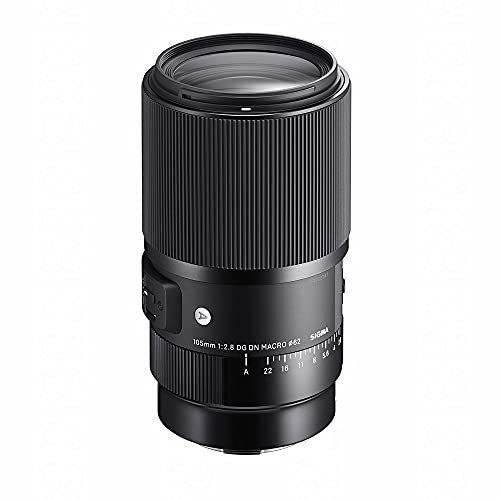 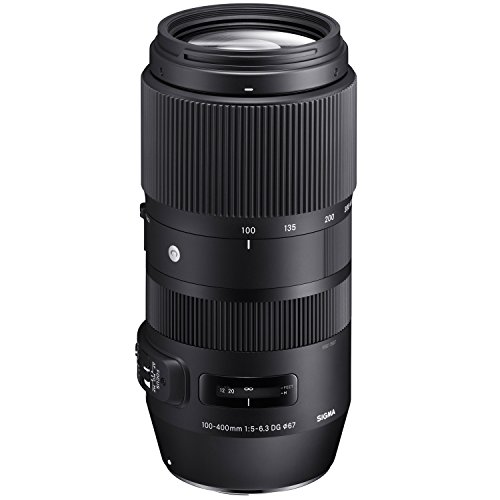 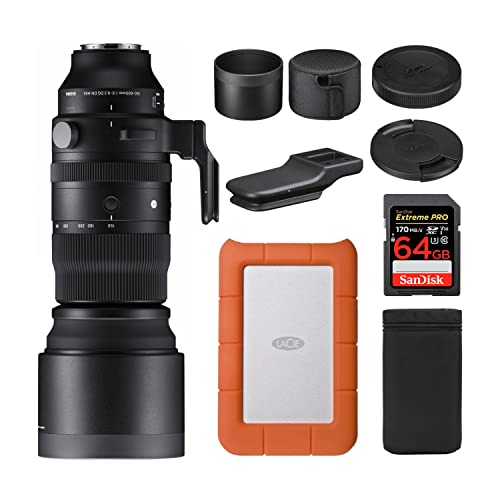